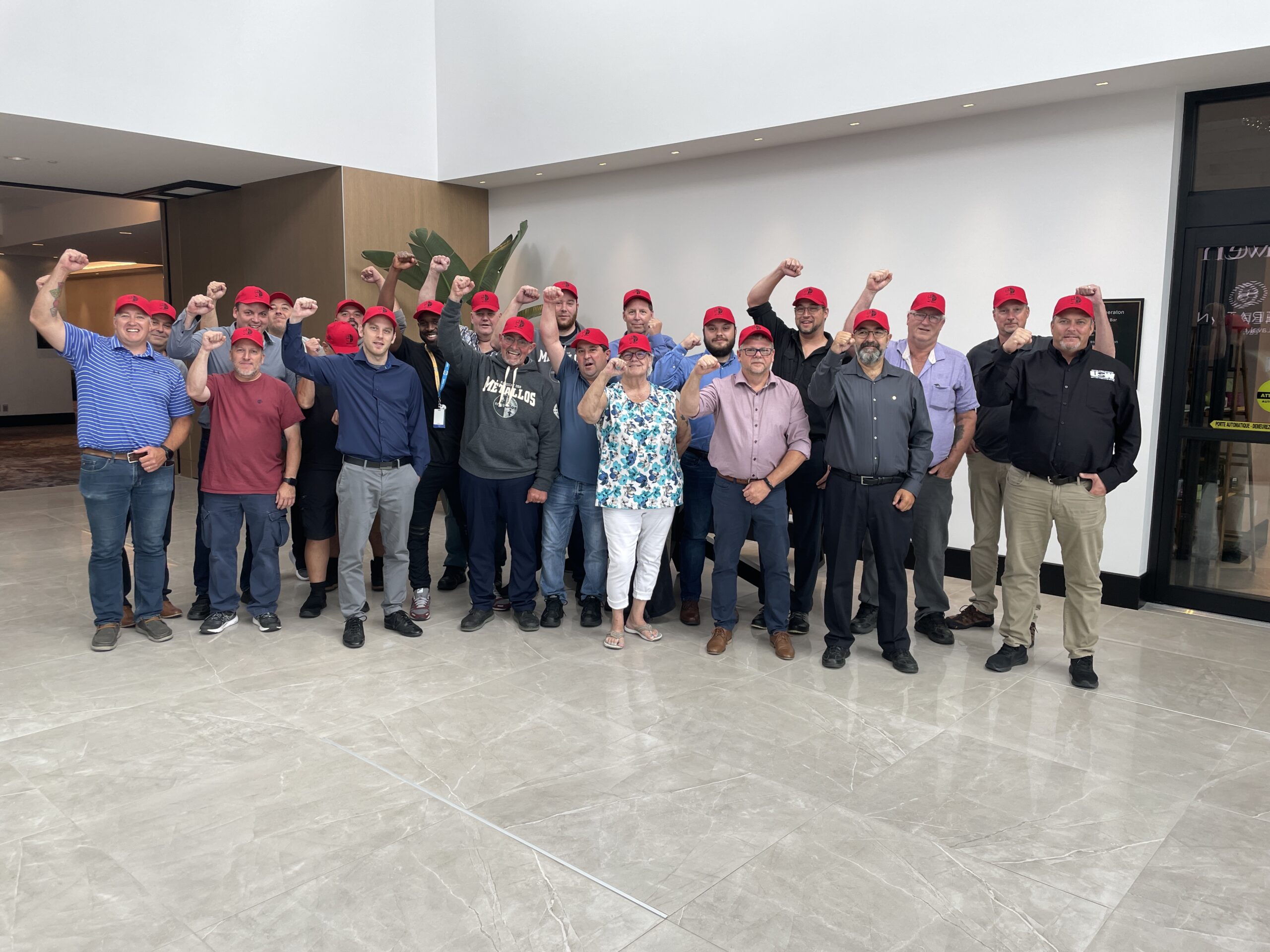 USW airport security screeners in every district of the union have mobilized in solidarity to strengthen their collective bargaining demands for greater respect and improved working conditions.

Airport security screeners are employed by private, multinational security corporations, which are funded by the federal government, through its Crown corporation, the Canadian Air Transport Security Authority (CATSA).

“The system put in place by the federal government provides healthy profits to private corporations, while frontline security workers are told there isn’t enough funding to give them the better pay and working conditions they deserve,” said USW National Director Marty Warren.

The union is calling on the federal government to provide the funds and mandate to finally address the issues facing airport security screeners who have been underpaid, undervalued and disrespected for too long.

The union’s solidarity campaign began in June with Casual Mondays, with screeners at some 40 Canadian airports wearing street clothes on the job to draw attention to longstanding concerns. The solidarity action soon became a daily occurrence at many airports.

The union also launched a political action campaign including an online petition through which our members and many other Canadians have sent letters to federal MPs, urging them to pressure the government to take responsibility and fix the problems facing security screeners and air travellers.

In another unprecedented development, bargaining committees from four USW locals, representing security screeners at 28 airports throughout Quebec and Atlantic Canada, have come together to negotiate as a united group. The goal is to achieve the best-possible deal and to set a pattern for other screeners’ bargaining units.

“Airport security officers are the first line of defence in keeping our skies safe and they are crucial in keeping passengers moving through our airports. We will continue to fight to secure the respect, good wages and improved working conditions these workers deserve,” Warren said.

This article was featured in the Winter 2022 edition of USW@Work. Click here to download and read the full magazine.