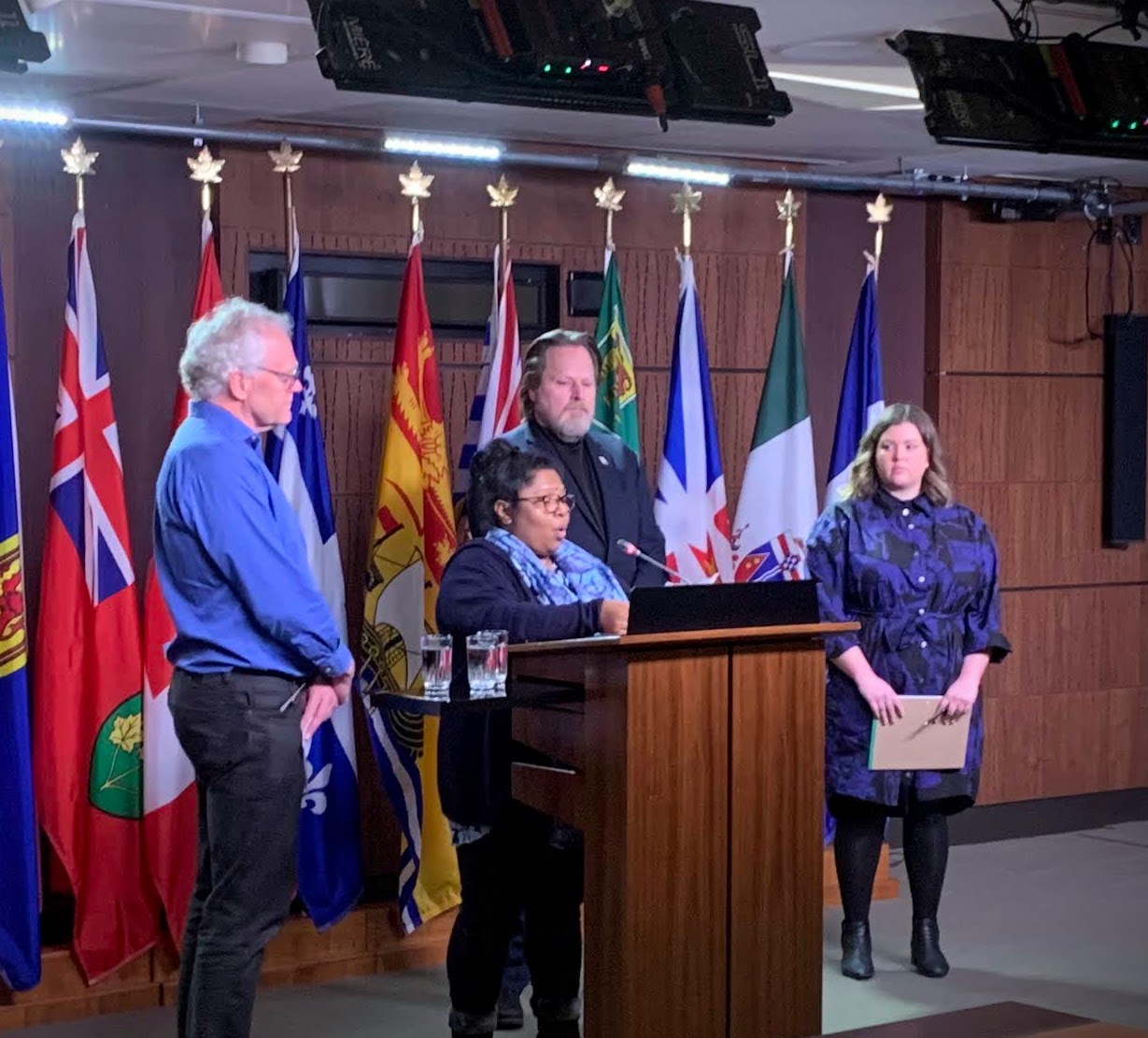 OTTAWA – Today the United Steelworkers union (USW) and the Canadian Labour Congress (CLC) filed a complaint with the Canadian Ombudsperson for Responsible Enterprise (CORE) alleging that retailer Mark’s and its parent company Canadian Tire Corporation are in contravention of international human rights standards for failing to ensure workers in its supplier factories are paid living wages.

“In the first part of this year, in the areas where Mark’s sources its merchandise, average monthly wages for women garment workers were only 12,673 taka – that’s $173 per month, or less than $1 per hour in current Canadian dollars. It’s not enough for a decent life,” said Marty Warren, USW National Director for Canada. “This is a shameful and long-standing violation of workers’ human rights.”

“With this complaint, we are requesting that the CORE investigate the extent of the human rights harms in Mark’s Bangladesh supply chain, and based on its investigation, call on the company to take action to compensate workers for past harm, increase transparency about its supply chain and immediately negotiate with Bangladeshi unions to ensure that all workers in supplier factories are paid living wages,” said CLC President Bea Bruske.

The CORE complaint underlines the need for the Canadian government to adopt legislation that will require Canadian companies, including Mark’s and Canadian Tire, to prevent human rights abuses in their supply chains and effectively hold them to account for any violations. Legislation that would satisfy this need has been tabled in the form of a Private Member’s Bill (Bill C-262) by a New Democratic Party MP.

“If Bill C-262 were in place, Canadian Tire would be forced to proactively address issues of human rights and poverty wages in its supply chain,” said Kalpona Akter, Executive Director, Bangladesh Center for Workers Solidarity.

“The Bangladeshi women and men who make clothes in factories like those used by Mark’s and Canadian Tire work six days per week, ten or twelve hours per day, but earn wages so low that they cannot escape poverty, no matter how hard they work,” said Akter.

“Many garment workers live in overcrowded housing – typically one rented room, where they have to share a kitchen and share latrines with several other families. Many face a constant struggle to feed themselves and their families, and live one step away from abject poverty. Women are particularly vulnerable to abuse in factories, and at home. The poor living conditions and day-to-day struggles of garment workers are well-known – the injustice is obvious,” she added.