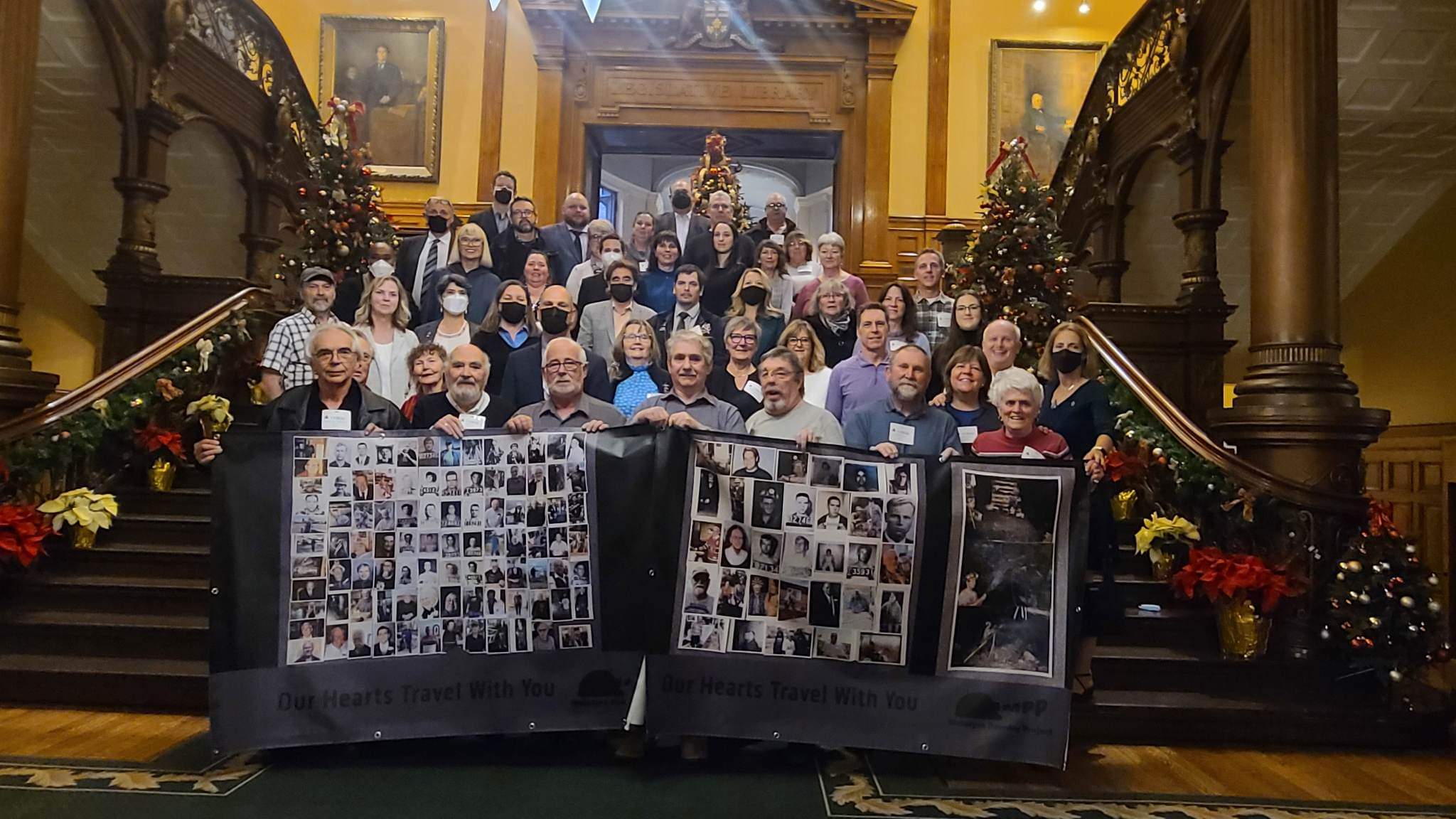 Toronto and Sudbury, Ont. – The Ontario government has officially apologized to tens of thousands of miners and their families for the government’s role in the sanctioned use of McIntyre Powder.

Between 1943 and 1979, Canadian workers in mining and other industrial workplaces were mandated to inhale an aluminum-based inhalant known as McIntyre Powder as a condition of employment. At the time, it was thought that inhaling the powder would protect the workers’ lungs.

In 2015, the McIntyre Powder Project was established by Janice Martell, whose father Jim Hobbs, was a former Steelworker and underground miner. Jim was required by his employer to inhale the aluminum dust prior to each of his shifts between 1978-1979. He was diagnosed with Parkinson’s disease in 2001.

“For the past many years, I have had the privilege of hearing miners’ stories and getting to know and love these workers and their families. This historic apology to the tens of thousands of mine workers who were subjected to aluminum dust inhalation, and to their families who watched them suffer, provides the acknowledgement needed for healing,” said Janice Martell.

In 2016, the McIntyre Powder Project began gathering evidence on the health of exposed miners. The project partnered with the USW, the Occupational Health Clinics for Ontario Workers (OHCOW) and the Office of the Worker Advisor (OWA) to seek out workers and families through “intake clinics” in Northern Ontario, which helped to confirm high rates of Parkinson’s disease, lung diseases, cancers and other diseases among the miners.

“The recognition of their wrongs and the long-waited apology from the government is justice for workers and their families. The Steelworkers union is committed to continue supporting and advocating for workers exposed to occupational illnesses and diseases,” said Myles Sullivan, USW District 6 Director (Ontario and Atlantic Canada).

In February 2022, the Ontario government announced Ontario’s Workplace Safety and Insurance Board (WSIB) will recognize Parkinson’s as an occupational disease linked to the use of McIntyre Powder in mining and other industries, and award compensation to former workers and surviving family members. It was a victory for the workers and their families, but especially for Martell who spent years trying to help her father secure workers’ compensation benefits through WSIB, without success.

Along with Martell, six former miners and 24 of their family members and USW members travelled from Sudbury to Queen’s Park in Toronto to hear the government’s apology.