Steelworkers stand with Lula in Brazil 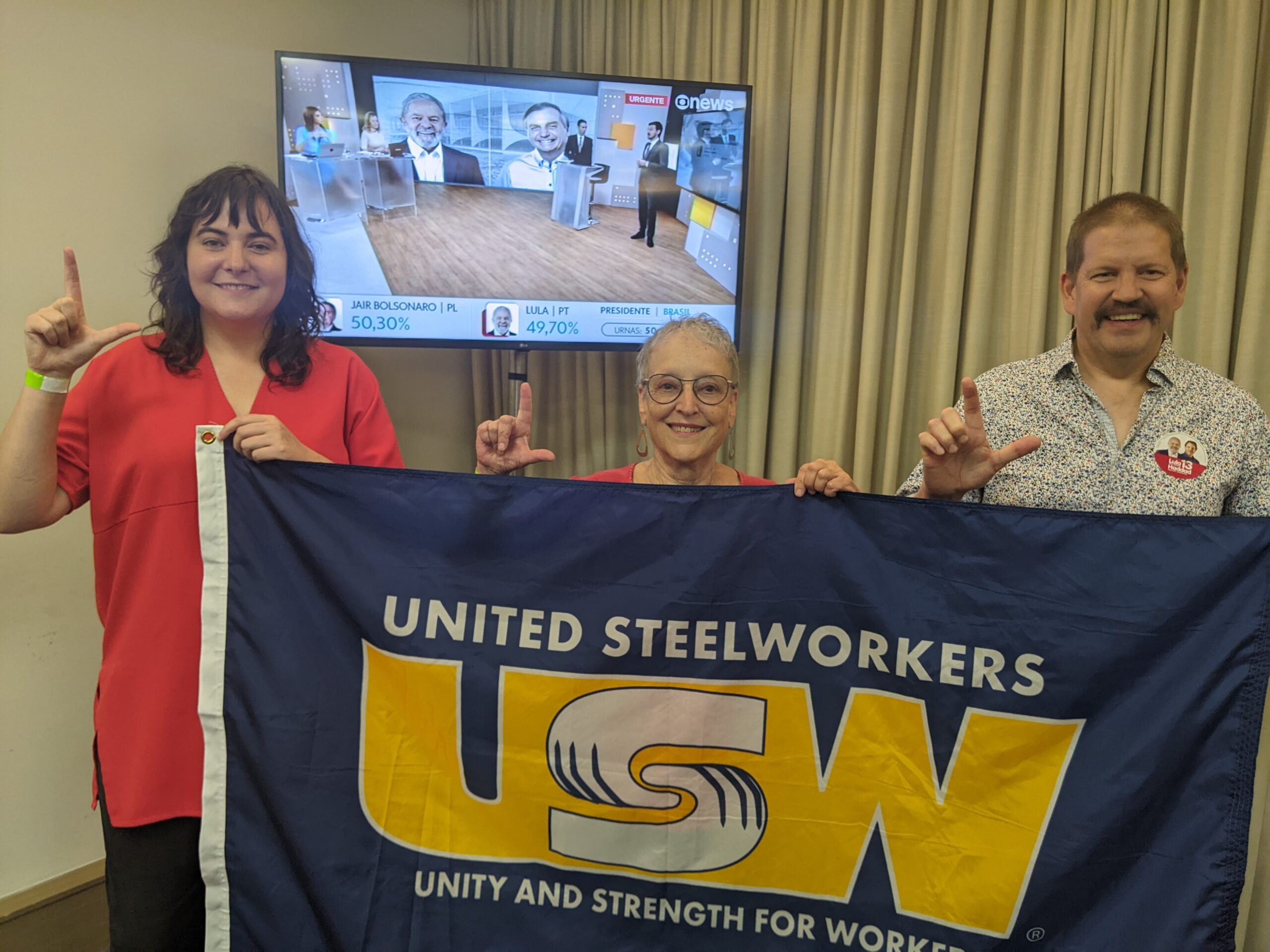 “From his days as a metalworkers’ union activist and leader, to his term as president from 2003-2010, Lula has always defended and advanced the rights of working people in Brazil and around the world,” said USW International President Tom Conway.  “We look forward to working with President, Lula and the Brazilian trade union movement to strengthen worker protections and restore labour rights that were taken away by the outgoing right-wing president, Jair Bolsonaro.”

Conway also thanked President Joe Biden for his public statement applauding Lula “on his election to be the next president of Brazil following free, fair and credible elections.”

“Brazilian companies play a major role in the Canadian economy,” said USW District 6 Director Myles Sullivan, who led a USW delegation that joined union leaders from around the world to monitor the election process. “It’s really important to our members to have a president of Brazil who is committed to worker rights and democracy.”