Working on behalf of members at international climate change negotiations 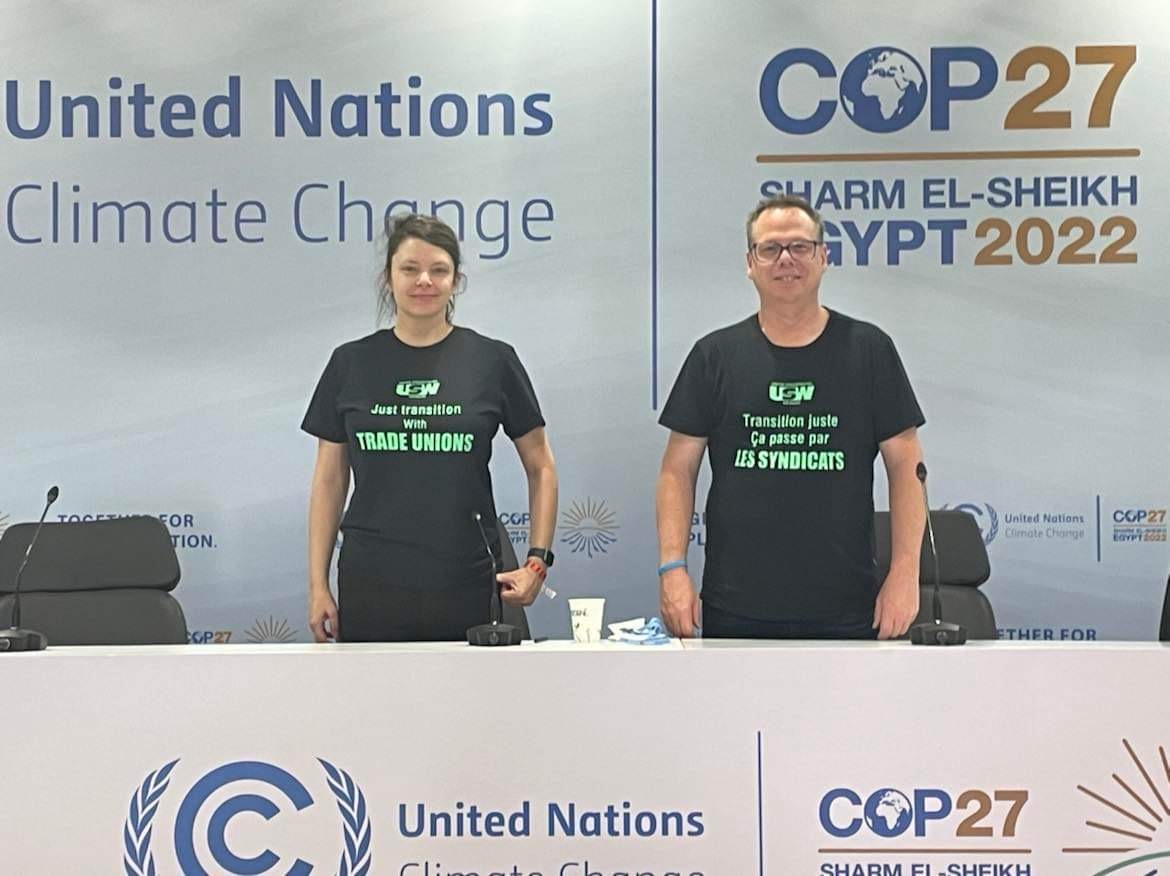 COP27 is the 27th session of Conference of the Parties of the United Nations Framework Convention on Climate Change (UNFCCC). It is being held in Sharm El-Sheikh, Egypt, from November 6 to 18, 2022.

Countries come together to commit to targets aimed at mitigating a further climate crisis. The planet is warming too quickly, with disastrous consequences: droughts, forest fires, flooding, falling river levels, ecosystem imbalances and more. The main cause of these climate changes is human activity – primarily the production of greenhouse gases (GHGs) and pollution.

One of the chief goals of COP27 is for countries to agree to make commitments that will reduce greenhouse gases and pollution.

The USW has designated Meg Gingrich, Assistant to the Canadian National Director and Martin L’Abbée, our union’s Environmental Technical Advisor, as our delegates. Meg and Martin are travelling as part of a labour delegation organized through the Canadian Labour Congress.

The role of USW delegates is to lobby the Canadian government regarding its positions during the COP27 negotiations. Meg and Martin are observers, not decision-makers. They will promote the union’s positions on the actions needed to protect workers, their families and their communities. These measures are not directly related to the COP negotiations but will be complementary to the implementation of new legislation and new measures.

Just Transition seeks to ensure that workers and their unions are involved in all processes aimed at reducing greenhouse gases and pollution – from their workplaces to the government plans for a Just Transition.

This measure involves the introduction of a price (tax) on high-carbon products entering Canada. Other countries are preparing for the implementation of such a measure.

The purpose of this measure is to ensure implementation of a new criterion for the clean procurement of heavy materials and the various products purchased by our governments. This criterion does not aim simply to procure the cheapest and most sustainable products but also those that pollute the least. The Clean Purchases measure will promote local products.

These three topics seek to reduce greenhouse gases and the potential impacts of this transition on workers – while maintaining good unionized jobs here.

These topics will be discussed during meetings with representatives of our governments, both at the federal and at provincial levels.