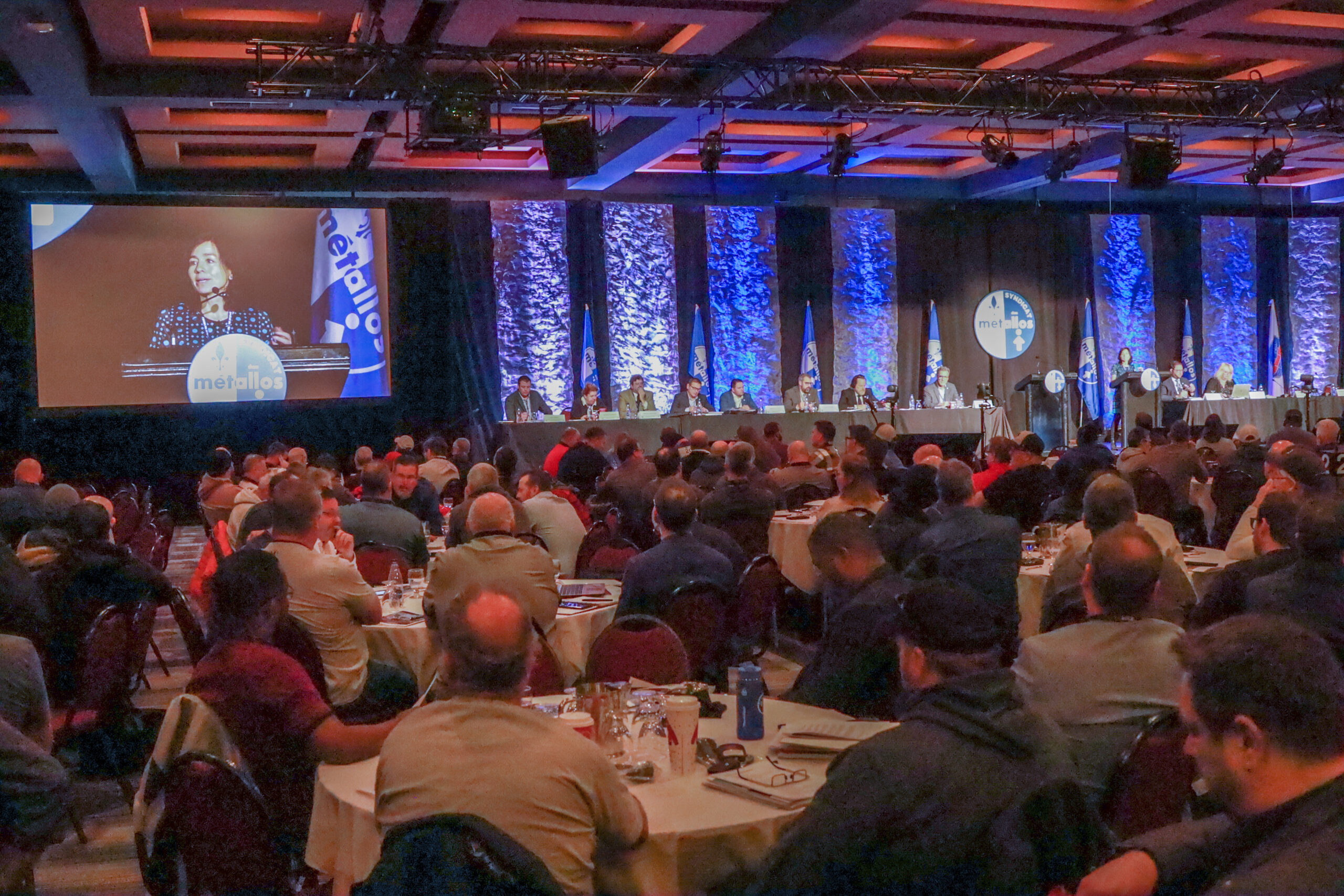 RIVIÈRE-DU-LOUP, Que. – Some 450 Syndicat des Métallos/United Steelworkers (USW) activists from across Quebec wrapped up their 58th Annual Assembly today with a commitment to secure federal anti-scab legislation among the union’s priorities moving forward.

Delegates to the assembly met for three days at l’Hôtel Universel in Rivière-du-Loup, under the theme Mobilizing to Move Forward. The delegates represented more than 60,000 members of USW/Syndicat des Métallos, Quebec’s largest private-sector union and a major affiliate of the Quebec Federation of Labour.

As labour shortages and inflation rage in Quebec, Steelworkers have been making progress at the bargaining table to improve wages and working conditions for its members in virtually every economic sector, said USW District 5 (Quebec) Director Dominic Lemieux.

“The commitment for our activists is to bring a strong, determined approach to collective bargaining to get the most for our members. Companies are making profits like never before, the cost of living is rising, and it’s up to us to mobilize so that workers get their fair share,” Lemieux said.

On the environmental front, delegates recommitted to advancing their demands that workers and their unions are involved in all processes aimed at reducing greenhouse gases and pollution, and that governments ensure a just transition that protects and benefits workers, their families and their communities.

“In the past, we knew that investments in our plants would provide long-term benefits. Today, the same logic must apply to the environmental question. Workers and unions must be involved and employers must be persuaded to invest in energy efficiency and sustainability, as part of a fair transition for workers,” Lemieux said.

On the opening day of their assembly, delegates learned that their union’s longstanding advocacy for legislated protections of workers’ pensions in the event of bankruptcies had finally paid off, with federal MPs unanimously passing such legislation on Nov. 23.

“This is a great Steelworkers’ victory,” Lemieux said, adding the union’s next target for progressive legislative reform is to ensure the federal government makes good on its commitment to enact anti-scab legislation.

“We’re focused on making that happen,” he said. “It’s wrong that Canadian law allows employers to use replacement workers. Anti-scab legislation is a matter of promoting fair labour relations and the integrity of the collective bargaining process.”

Watch videos, view photos and learn more about the USW District 5 Annual Assembly and the work of Quebec Steelworkers.