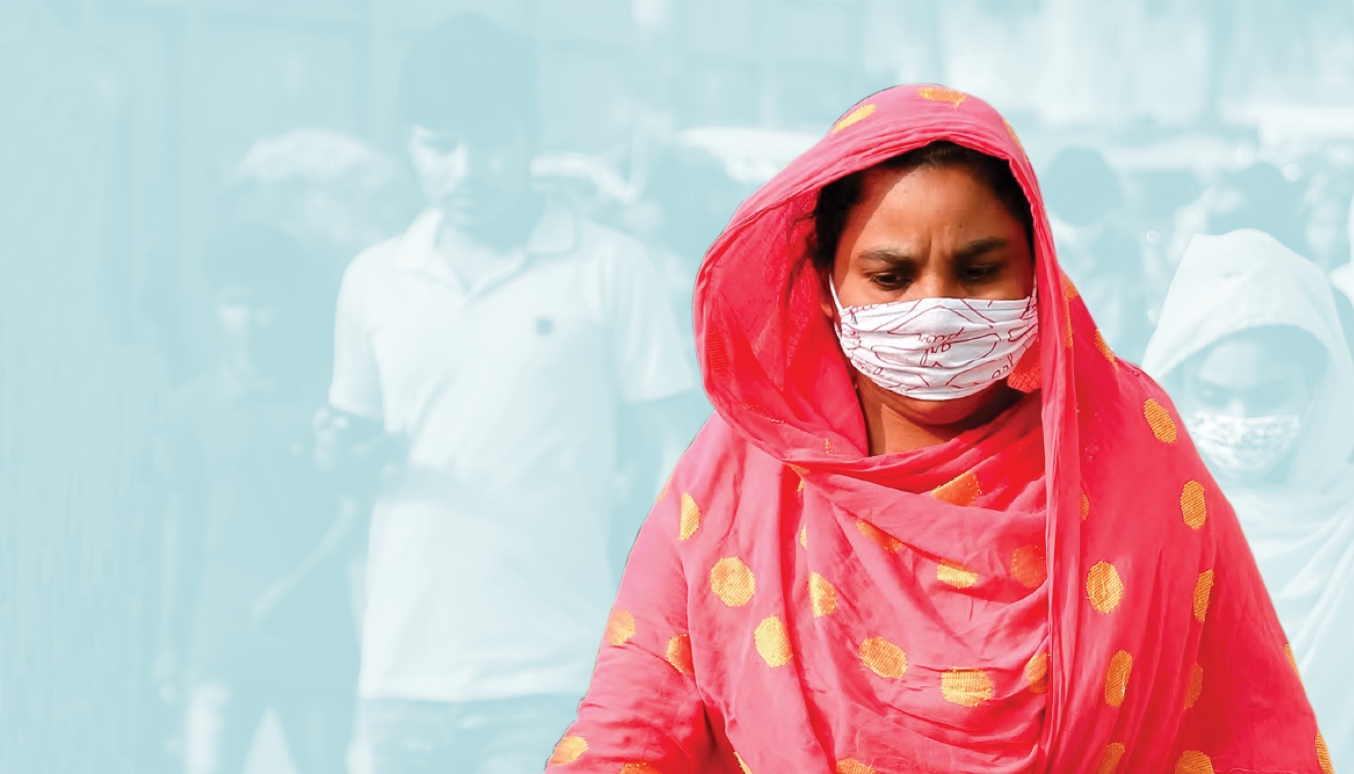 The women who make our clothes are paid poverty wages in the supply chains of Canadian retailers and fashion brands. The Steelworkers Humanity Fund has released a major report showing that garment workers can barely afford the basic life necessities for their families. Poverty wages are the result of decisions made by Canadian companies and global brands.

The women who make our clothes are paid poverty wages in the supply chains of Canadian retailers and fashion brands. The Steelworkers Humanity Fund has released a major report showing that garment workers can barely afford the basic life necessities for their families. Poverty wages are the result of decisions made by Canadian companies and global brands.

The wages that Bangladeshi garment sector workers are paid do not come close to what is needed for women to escape poverty, no matter how hard they work. This situation has been made worse by the COVID-19 pandemic.

Canadian brands and retailers are no different than other global brands as they seek to minimize the cost of production. In solidarity with unions representing garment workers in producing countries, the Steelworkers Humanity Fund joined other Canadian unions and civil society organizations to tackle the injustices in the global garment sector, in which workers, the majority of them women – and their families, are the first victims of the “race to the bottom” at the heart of corporate globalization.

The campaign aims to: 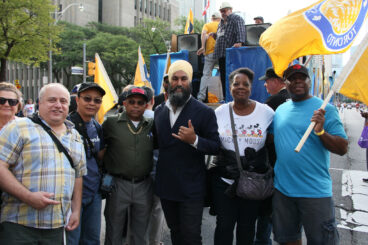 "It’s gratifying to see the Liberals finally acknowledging this legislation is needed. Now, let’s get on with making it law.”

Read More
Click to read the article about Federal initiative on anti-scab law is good news for Canadian workers: Steelworkers

Image: Ken Neumann is the 2022 recipient of the Sefton-Williams Award, bestowed to Canadian activists and leaders who have made significant contributions to the fields of labour relations and human rights. It was during his term as USW National Director that Neumann also made his mark internationally, through a commitment to building global labour solidarity […]

TORONTO – The Steelworkers Humanity Fund (SHF) is contributing $45,000 in emergency relief to Bangladeshi garment workers reeling from the effects of the COVID-19 pandemic. The emergency funding is being provided to long-time SHF partner the Bangladesh Center for Workers Solidarity (BCWS) to assist workers in dire need of support. At the onset of the […]

Report: Not Even the Bare Minimum

Reports • Research & Publications
Click to view Report: Not Even the Bare Minimum

Report: Not Even the Bare Minimum

The Steelworkers Humanity Fund has released a ground-breaking report, Not Even the Bare Minimum, on the wages and living conditions of Bangladesh’s garment sector, which employs a majority of women, making clothes in factories supplying Canadian brands and fashion retailers.

The research, undertaken by a Dhaka-based researcher, identified factories that produce for Canadian brands and retailers, and then conducted interviews of 35 workers employed in a sample of nine factories located in the industrial belts surrounding the Bangladeshi capital and the port city of Chittagong.

The report demonstrates that Canadian garment companies are no different than other global brands as they seek to minimize the cost of production, at the expense of decent work. Costs of production are pushed onto the shoulders of the women and men who work in factories across the supply chain. This report provides garment workers an opportunity to tell about their living and working conditions in their own words.

The report also points toward solutions to address the immediate consequences of this situation on workers, such as wage assurance supports and the establishment of a global severance guarantee fund. Canadian brands must commit to pay living wages, which would be expressed through legally binding agreements.

Request this file in a different format

What is a living wage?

A living wage is the minimum amount that allows a worker and their family access to everyday basics such as food, housing, healthcare, education, clothing and transportation, in no more than a 48-hour work week. This also includes a small savings for life’s unforeseen events.

The legal minimum wage for the lowest waged workers in the garment sector in Bangladesh (established in 2018) is only CAD $125 per month (about 5$ a day). Many women sewing our clothes in Bangladesh earn only $6 or $7 per day, trapping them in poverty, no matter how hard they work.

When COVID-19 hit, garment workers in Bangladesh had no cushion to fall back on, no matter how long they worked in the industry.

The responsibility of Canadian clothing brands

For years, Canadian brands have benefited from the global power imbalance between buyers and suppliers in the garment sector, and from the repression of worker rights in supplier factories in the global south. Canadian clothing brands have the power and resources to ensure their suppliers provide decent salaries and working conditions to workers.

In Bangladesh, the Rana Plaza disaster was a wake-up call for many Canadian consumers as they saw the terrible – and in this case – deadly conditions in which the clothes they wear had been produced. Responding to mounting pressure, garment companies have since then adopted different measures aimed at improving the factory safety of workers in the industry. But the COVID-19 pandemic exposed how vulnerable the vast majority still are to exploitation and abuse.

The Steelworkers Humanity Fund has been working closely with our partners in Bangladesh to document this situation, and for companies to face the contradictions between their words and their actions.

But in order to change the system that allows for those inequalities, action must be taken on the global level. This is why USW has also signed on to the #PayYourWorkers campaign, which advocates for the need for retailers and brands that sell apparel products to ensure that: a) workers that make those products receive the full wages throughout the COVID-19 pandemic and b) that workers who lost their jobs as a result of factory closures receive their full legal severance pay and any back wages owing.

Going forward, a second international campaign – WageForward – will be launched later this year calling on retailers and brands around the world to commit to paying a premium price on all orders to help ensure that workers receive a living wage.

Jointly with other Canadian unions, the Steelworkers Humanity Fund has been there to amplify the women’s stories and voices, learning from them and supporting them along the way and. As such, we:

I stand with garment workers in Bangladesh and around the world. I pledge to take action to pressure Canadian clothing brands and retailers to pay living wages to the women and men who make our clothes.