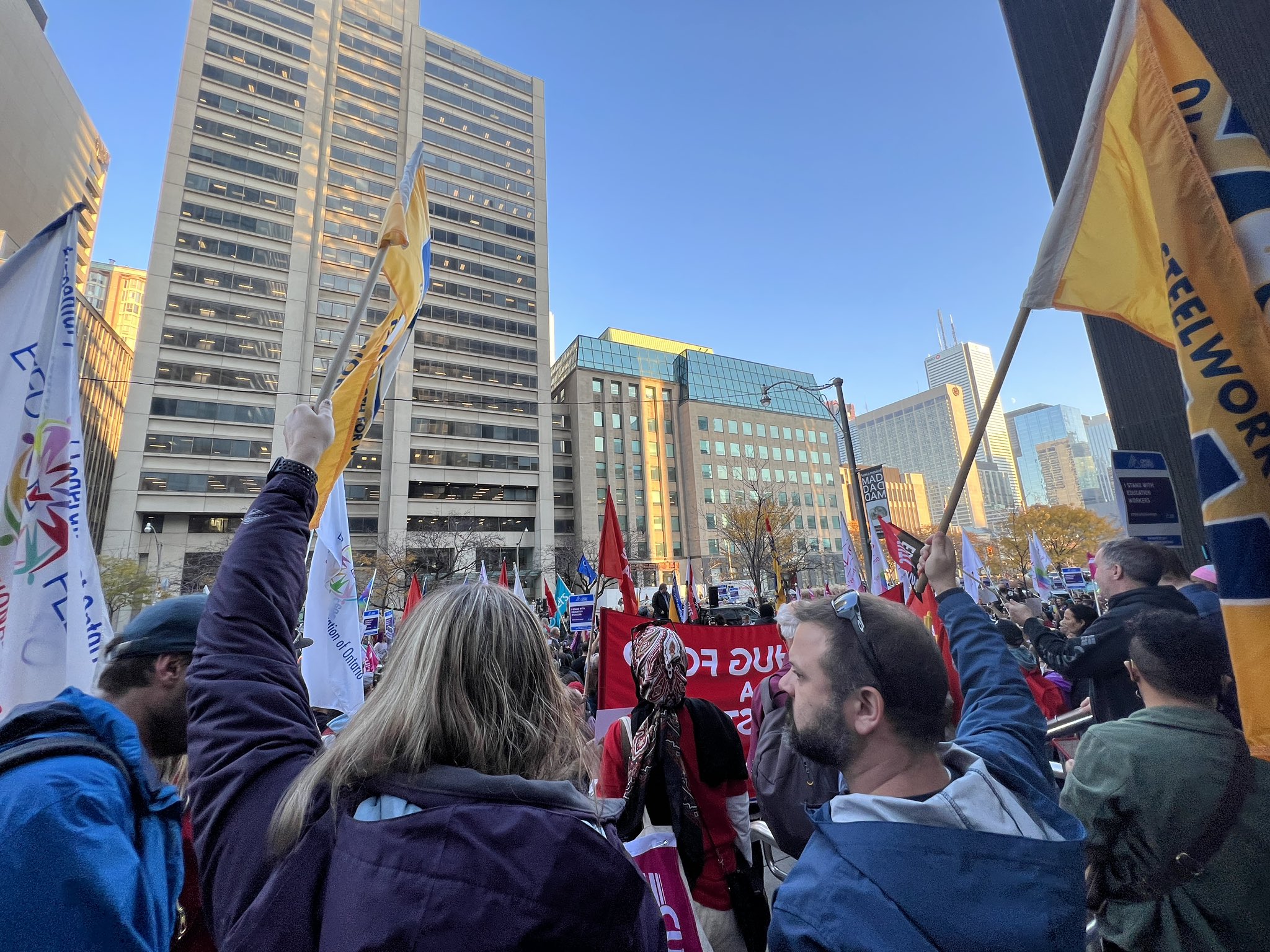 TORONTO – The Ontario government’s attack on education workers to circumvent a strike is heavy-handed and reprehensible, says the United Steelworkers union (USW).

“Attacking workers’ basic rights is the true face of this government,” said Myles Sullivan, USW District 6 Director (Ontario and Atlantic provinces). “During the election, Doug Ford grandstanded about getting along with unions and workers. But now, his government is bypassing the will of workers instead of negotiating at the bargaining table,” said Sullivan.

“The USW is in solidarity with the 55,000 CUPE Ontario education workers who are seeking fair compensation for the important work they do looking after children and keeping public schools clean, safe and running smoothly. USW members will attend the rallies and join the picket lines in support, to protest this government’s contempt for workers and their unions,” added Sullivan.

For a decade, under both the Liberals and the Progressive Conservatives, education workers have seen their Charter rights trampled and their wages decline in real terms by 10.7% since 2012.

“Workers who belong to unions have the power and strength to take on bullies like Doug Ford and Stephen Lecce,” said Sullivan.

“Steelworkers will be there as long as it takes to support education workers, to defend the collective bargaining process and fight back against this government’s appalling attacks on working people,” he added.