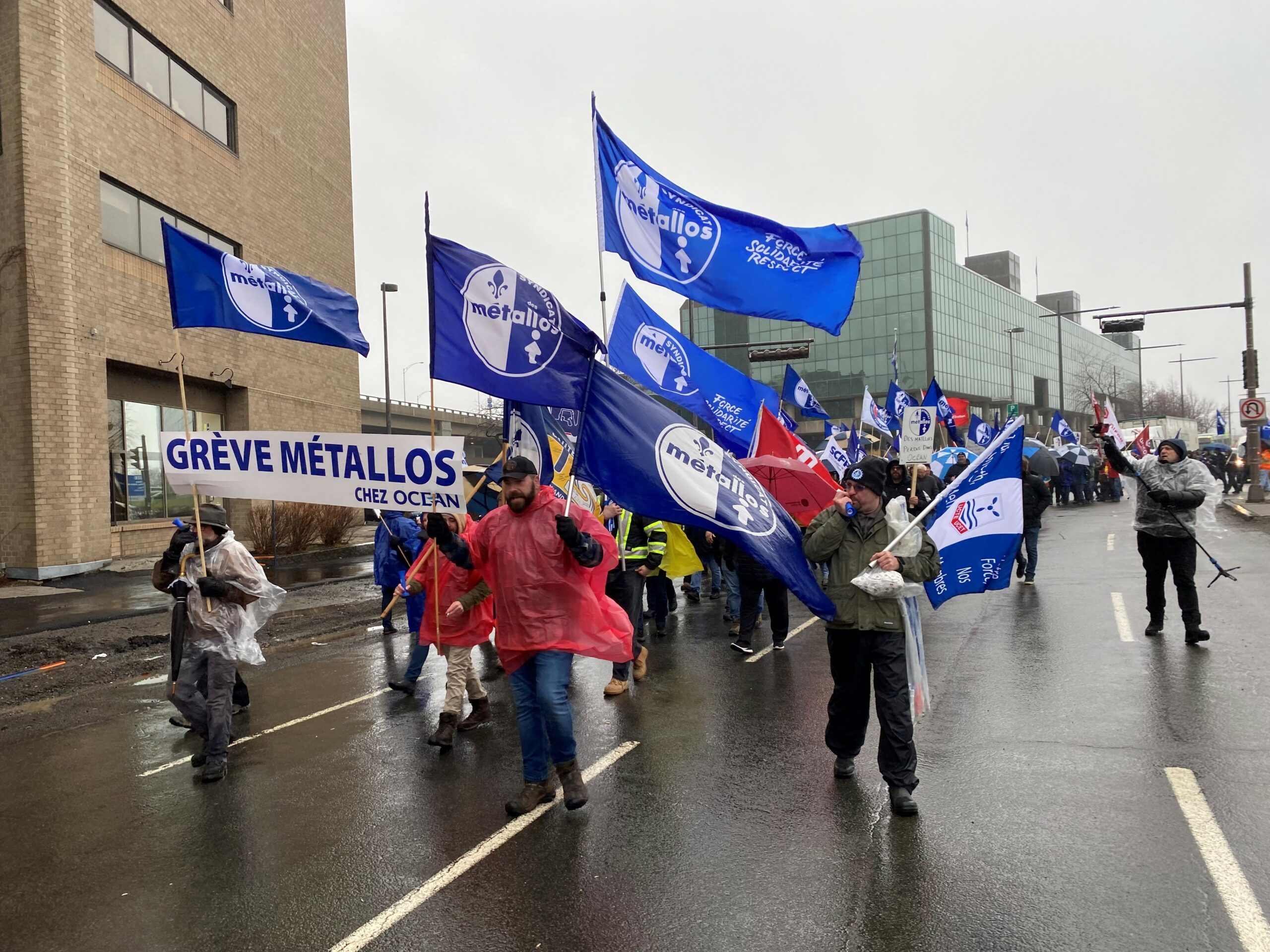 QUEBEC CITY – Close to 200 union activists from across Quebec demonstrated in front of the Océan Remorquage head office today in Quebec City, showing their support for the dozen workers who have been on strike since June 20. They are demanding a federal anti-scab law, with provisions similar to the Labour Code that covers the majority of Quebec workers.

“Conflicts like the one we’re seeing at Océan Remorquage would have been settled long ago if this company were required to comply with a federal anti-scab law. The government has made a commitment to address this issue and to bring in legislation that will prevent the use of replacement workers. It needs to take action without delay. This is important for families who are engaged in a labour dispute that’s the result of a free pass enjoyed by employers,” said United Steelworkers union (USW) Quebec Director Dominic Lemieux.

Steelworkers and members of other affiliated unions also came out to support the Océan Remorquage strikers and locked-out workers at the Port de Québec and to unanimously demand federal anti-scab legislation.

The dozen Océan Remorquage seamen have been on strike since June 20, 2022, and have been without an employment contract since April 2021. Negotiations have stalled over wages and scheduling. The wage offer is well below industry levels, and demands for scheduling changes have upended the work and family balance and are tantamount to wage cuts.

“Every day, the scabs walk right past us. They’re driving our boats and undermining our negotiations. The worst part is that the company is paying them even more than what they refused us during bargaining. Because of these scabs and the lack of a federal anti-scab law, we’re very likely to be spending Christmas on a picket line instead of with our families or doing the jobs we love,” said USW Local 9599 member Pascal Delisle on behalf of the Océan Remorquage strikers.

“The USW will pressure the government and all parties to ensure that this commitment to an anti-scab law is kept,” said USW National Director Marty Warren, who attended the demonstrations in Quebec City.

“This profoundly unfair and unjust practice of replacing locked out or striking union members must be stopped. Canada’s industrial peace is at stake. We’ve seen non-stop growth in the companies’ profit margins during the pandemic. It’s time to restore balance between employers and workers,” added Warren.

Affiliated with the Quebec labour federation (Féderation des travailleurs et travailleuses du Québec, FTQ), the Syndicat des Métallos/United Steelworkers is the largest private-sector union in Quebec, representing more than 60,000 workers in all sectors of the economy.