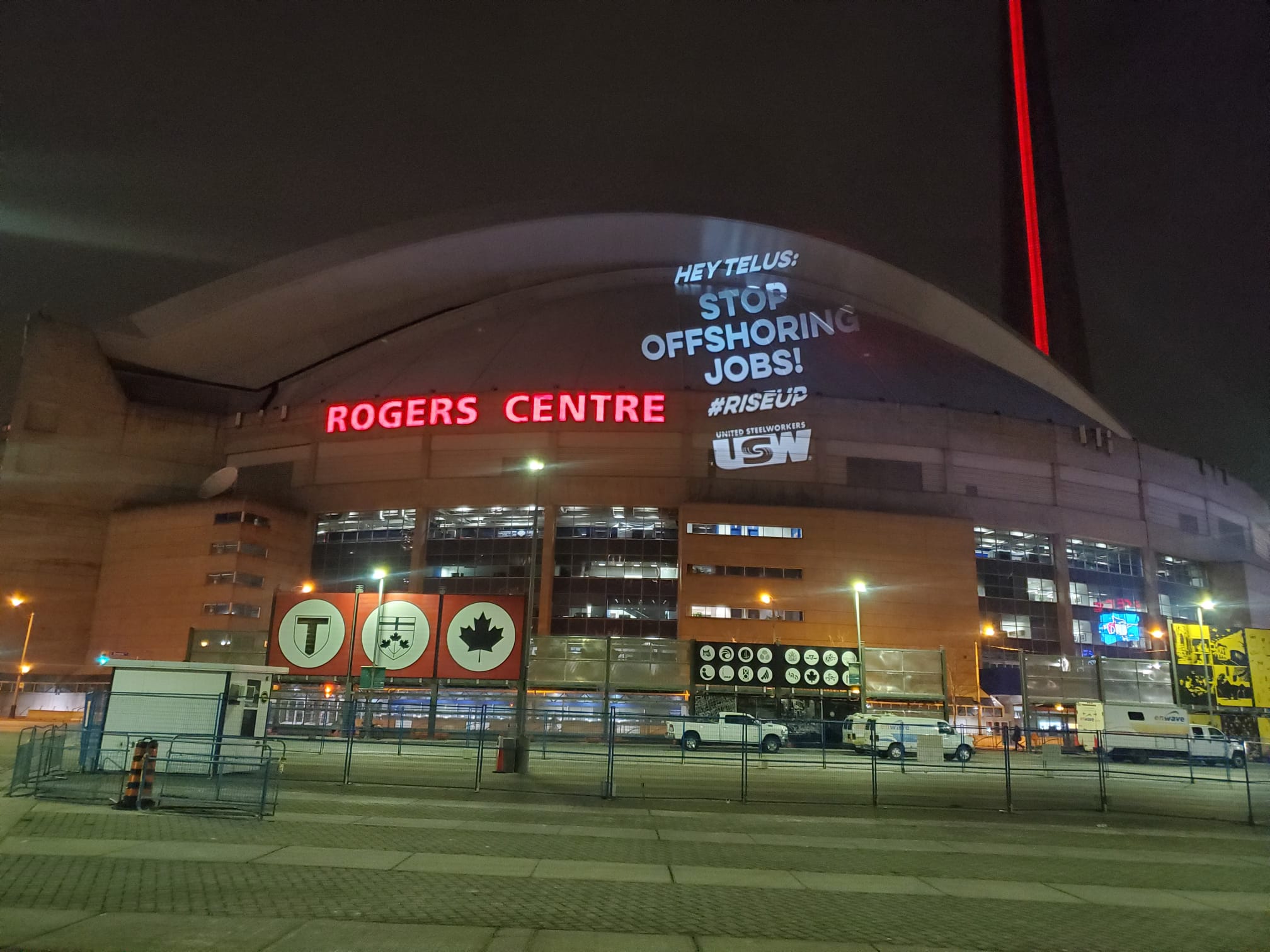 BURNABY, B.C. – Unionized Telus workers, who are members of the United Steelworkers union (USW) Local 1944, are rising up to demand a fair contract and are holding a series of public awareness actions across Canada.

“After the last few rounds of concessionary contracts with Telus, our members have had enough. Members are taking action right across the country to demand a fair contract,” said Donna Hokiro, USW Local 1944 president.

This week, the USW members leafleted Telus stores in Vancouver, Burnaby and Calgary to bring awareness of their bargaining and the work members do here in Canada. In Vancouver, the USW members were joined by other labour activists attending the B.C. Federation of Labour convention.

Members also leafleted the Canadian Telecom Summit in Toronto to highlight the need to keep telecom jobs in Canada. The famous USW International bat light was prominently projected on landmarks in the Greater Toronto area, including the Rogers Centre and the CN Tower, as well as at the Canadian Telecom Summit and on the Telus towers in downtown Toronto and Scarborough.

Next week, members will take their message to Parliament Hill in Ottawa while meeting with Members of Parliament about the Canadian telecom industry and the work USW members do across the country. In the weeks to come, there will be more actions at Telus stores in communities across Canada.

“I strongly believe that we can secure a fair contract – but it’s really up to Telus to remove their unfair concessionary demands. At a time when the company is pulling in massive profits, Telus can afford to give their workers more job security and wage increases,” said Hokiro.

The two parties have been in negotiations since October 2021, and members have been without a contract since December 31, 2021. In early October, Telus workers overwhelmingly voted to give their union a 97% strike mandate.

The USW represents 225,000 members in nearly every economic sector across Canada, including 6,800 members at Telus, and is the largest private-sector union in North America, with 850,000 members in Canada, the United States and the Caribbean.