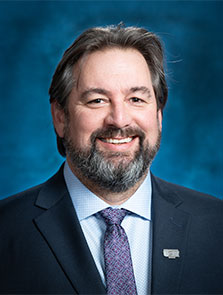 After earning a degree in industrial relations from the University of British Columbia, Lunny began a career as a labour, social justice and political activist in 1994. He worked for a decade for the Industrial, Wood and Allied Workers of Canada (IWA) as a national staff representative, researcher and communications officer. He served as a senior staff and policy advisor to the president and executive officers and developed, implemented and oversaw a major organizing recruitment program, including budget and supervision of campaigns and staff.

Lunny became a proud Steelworker in 2004 when the IWA merged with the USW. He was actively involved in the planning and implementation of the historic merger. He went on to work as a USW staff representative and key staff for several years, working with the USW Wood Council on forest policy issues and coordinating numerous legislative and political campaigns.

In 2008, Lunny attended the Harvard University Trade Union Program and was appointed Assistant to the District 3 Director. For over a decade, Lunny oversaw many activities and key files on behalf of the 50,000 members in the district. He actively worked with staff and local unions on bargaining, organizing, training, political action and other member services.

Lunny was a key coordinator and was involved in negotiating the merger of the Telecommunications Workers Union (TWU) to welcome over 12,000 members to the USW. Since 2020, he has worked closely with the national local to support staff, provide mentorship and build a stronger future for the members within the United Steelworkers union.

As a long-time political activist and social democrat, Lunny served five years as Vice-President of the British Columbia New Democratic Party (BC NDP) and has been active with Steelworkers Vote and lobbying campaigns for the district.

He is actively involved in his community, serving as President of the Union Protein Project, a non-profit initiative created by unions and the United Way to support food banks and advocate for food security. He is also a nationally certified youth baseball coach and a long-time volunteer in local minor baseball programs.

Lunny lives in Richmond, B.C., with his spouse, Nina, and three sons, Aidan, Gavin and Owen.